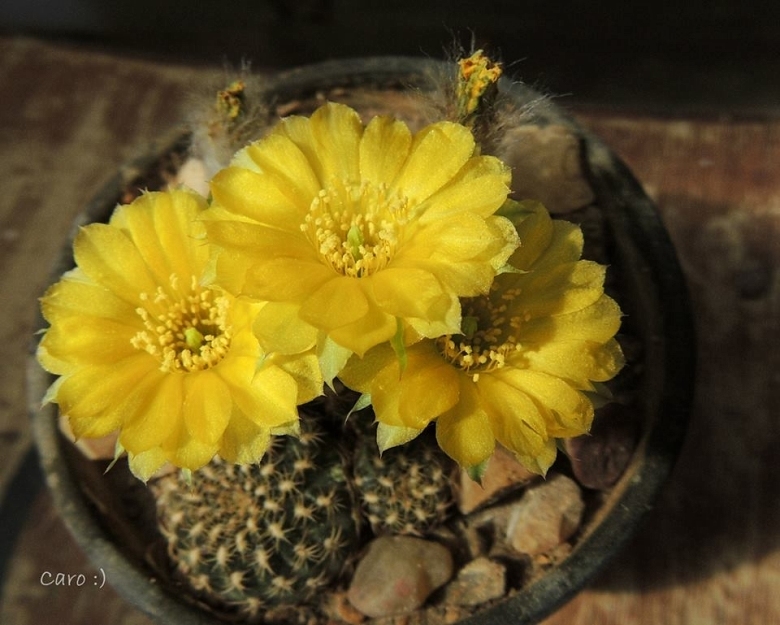 Description: Lobivia tiegeliana var. flaviflora (firstly described as Lobivia pusilla f. flaviflora by F.Ritter 1966) is a local or morphological yellow flowering form of the widespread and variable Echinopsis tiegeliana. It is a tiny simple or clumping lobivia with distinguishing bright yellow blooms (not deep red nor violet-pink). This variety is not accepted by many botanists that treat it as synonym, but it still has a value for a collector because they identify plants with particular characters.
Stems: 1.5–4 cm in diameter, crown with spination.
Ribs: 11–17, barely notched, humps slightly developed.
Areoles: Elongate, 1–4 mm apart.
Radial spines: Numerous, 1–5 mm long, more or less pectinate and pointing sidewards.
Cetral spines: 1, to 5 mm long (often missing).
Flowers: 3,6–4 cm long, yellow. 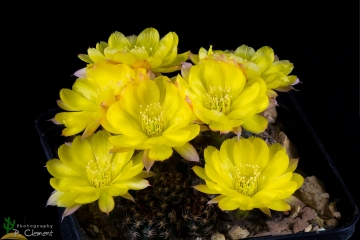