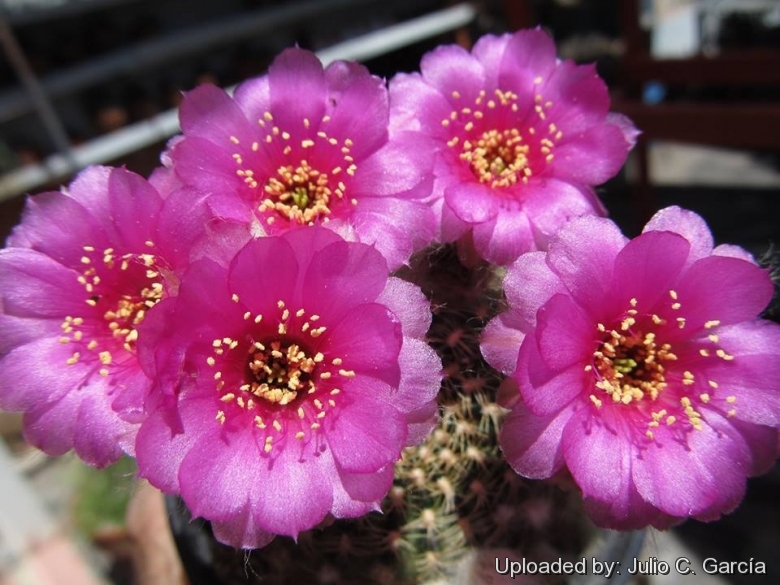 Description: Echinopsis tiegeliana var. pusilla firstly described as Lobivia pusilla is an hight altitude form of the wide ranging and very variable Echinopsis tiegeliana distinguished by smaller stems only 40 mm tall and shorter spines. It is one of the smaller plants in the genus.
Taxonomy notes: The differences with other Echinopsis tiegeliana are in reality very minimal and most botanist agree on the fact that var. pusilla should be included in the Echinopsis tiegeliana. The segregation of the many forms, varieties, and subspecies on the basis of spines morphology and flowers colour, however, is difficult to support, given the continuous range of variation in spination and flower colour over its geographic range. The great variability of Echinopsis tiegeliana is due to the fact that cross pollination among different forms and different species (in habitat and in collections) is very frequent and it can be quite difficult to determine what is the "pure type" and the cross.
Stems: Green to dark green, spherical more or less flattened usually less than 4 cm tall in habitat (but often larger in cultivation). It has up to 20 ribs, with raised tubercles between which the areoles appear. The tubercles are spirally arranged on the stem's surface. In nature plants usually grow flat with the ground most of the year, contracting under the soil to endure drought periods. In culture plants grow larger forming depressed round stems.
Root: Turnip-like, fleshy with numerous lateral fine fibrous roots.
Spines: Arranged like little spiders, cream coloured, yellowish or brownish, turning greyish eventually.
Flowers: Mostly deep pink, red, purple, but also yellow, orange or white.
Blooming season: Mature plants produce several waves of blooms over the growing season. 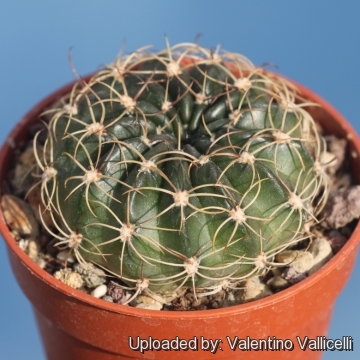 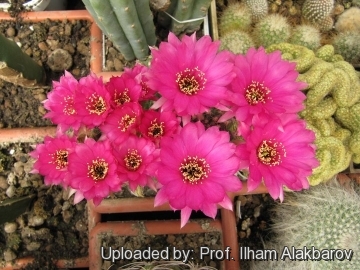 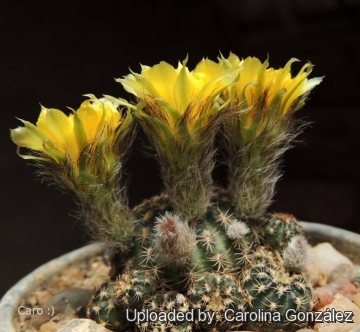 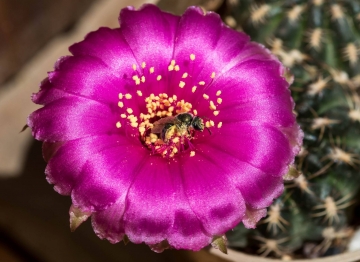 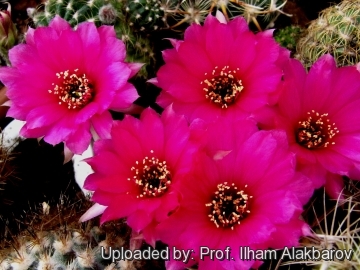