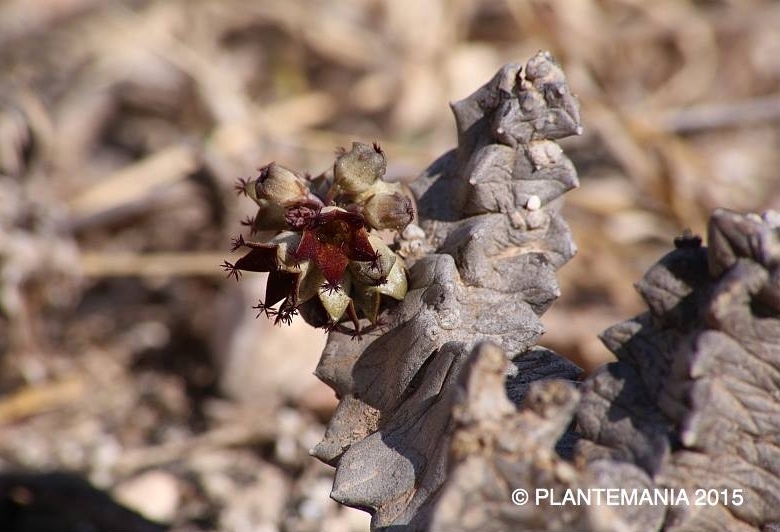 Subspecies, varieties, forms and cultivars of plants belonging to the Carallum exagona group

Caralluma hexagona is extremely variable, three species and three varieties have been described but plants with intermediate or not typical characteristics occur at random in each populations, and often within a single population both flat and campanulate flowers will sometimes be found. Nor the shape and colour of the corolla-lobes is sufficient to distinguish without ambiguity between species. The number of ribs varies from 4 to 6, but seems to be unreliable in certain groups, and is therefore of little use in separating these taxa. It appears that there is inherently a large range of variation in many of the features of these plants and it is possible that this is brought about by highly localized modifications of the very harsh environment in which they occur. 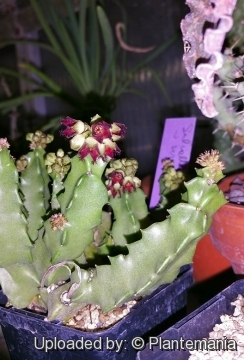 The gallery now contains thousands of pictures, however it is possible to do even more. We are, of course, seeking photos of species not yet shown in the gallery but not only that, we are also looking for better pictures than those already present. Read More...
Cite this page: "Sulcolluma ericamccoyae" Text available under a CC-BY-SA Creative Commons Attribution License. www.llifle.com 14 Nov. 2005. 28 Jan 2023. </Encyclopedia/SUCCULENTS/Family/Asclepiadaceae/33672/Sulcolluma_ericamccoyae>