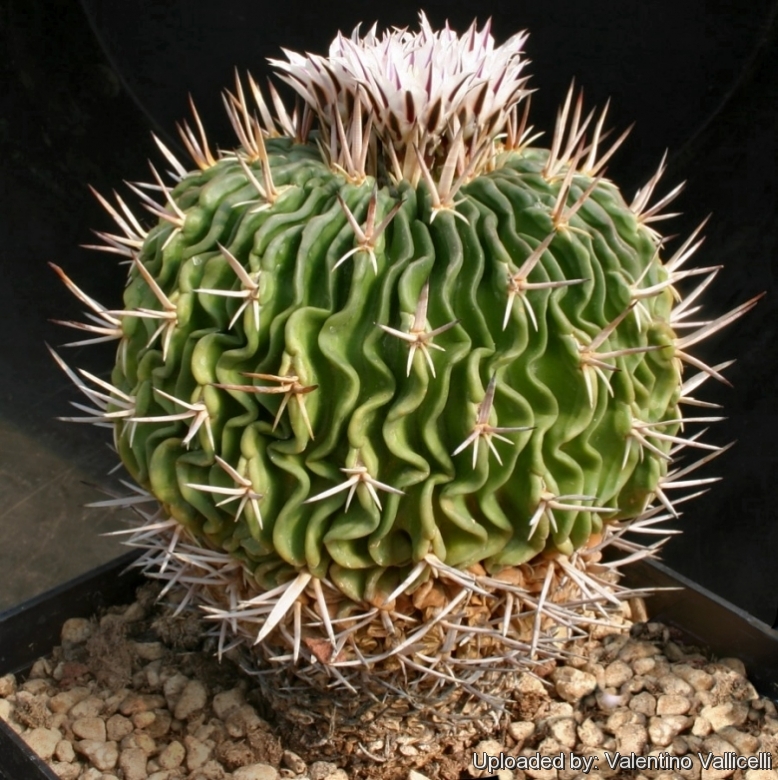 Description: {Stenocactus pentacanthus (Echinofossulocactus pentacanthus) is one of the local or morphological form of Stenocactus obvallatus distingushed by areoles with only 5 spines and by globular stems which became elongate when old, even though usually solitary this species is one of the few members of the genus that can put forth basal shoots. It does so as a young plant, becoming sometime densely branched.
Remarks: Stenocactus obvallatus is an exceedingly variable species throughout its range and some taxonomists recognize several varieties and even distinct "species". The segregation of the many forms, varieties, and subspecies on the basis of morphology, however, is difficult to support, given the continuous range of variation in stem size and flower colour over its geographic range.
Stems: Rather small up to 10 cm in diameter, 10 (20) cm tall with about 27 corrugated, sharp-edged ribs, swollen where the areoles grow. The latter are round and thickly felted around the apex, later becoming almost bare.
Spines: "pentacanthus" means five spined, of this 5 spines there are 3 major on the upper part of the areoles: two are conical and curved upward while the central spine is flattened, yellowish or pinkish, about 2 (4) cm long and 2 (4) mm wide and 2 (occasionally 4) small spine on the lower part of the areole.
Flowers: 1-2 cm long can be up to 3-4cm in diameter. E. obvallatus has white or pale yellow flowers with pink mid-veins and a greenish base. The plants known as Stenocactus pentacanthus have long lasting flowers in early spring.

Subspecies, varieties, forms and cultivars of plants belonging to the Stenocactus obvallatus group 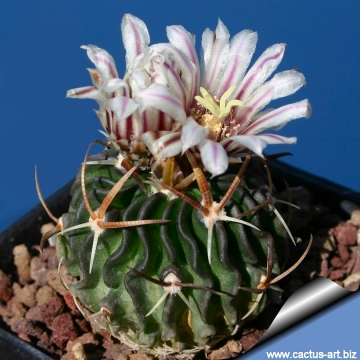 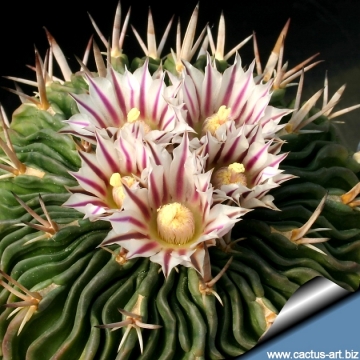 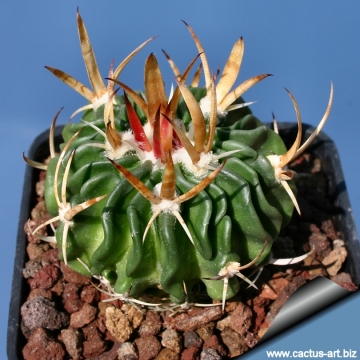 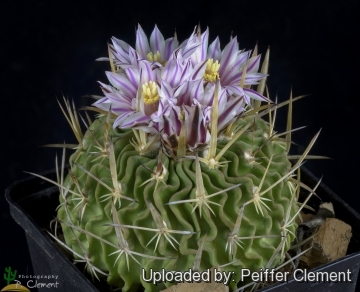 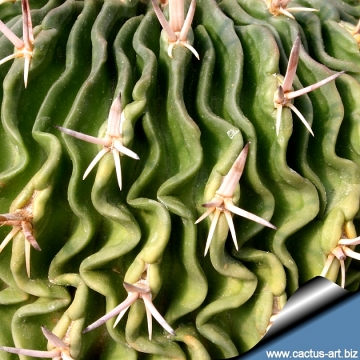 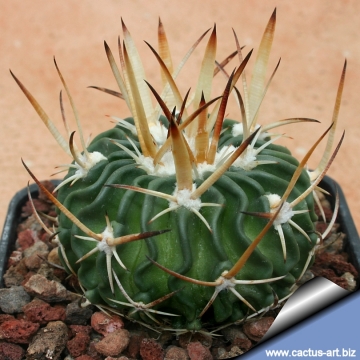 Cultivation and Propagation: Small growing and easy to to care in normal and very drained cactus compost and very willing to flower, Because of it’s small size makes a great potted plant specimen, great for beginning collectors, water sparingly and allow to dry between watering, needs good drainage. Watering should be curtailed during the winter months. Full sun but is tolerant and prefers light shade during the hot Summer months. And provide very good ventilation.
Frost Tolerance: Hardy to - 5°C if kept dry.
Propagation: Seeds (usually) or by the shoots of adult plants (if available). It tillers more readily than most other species.