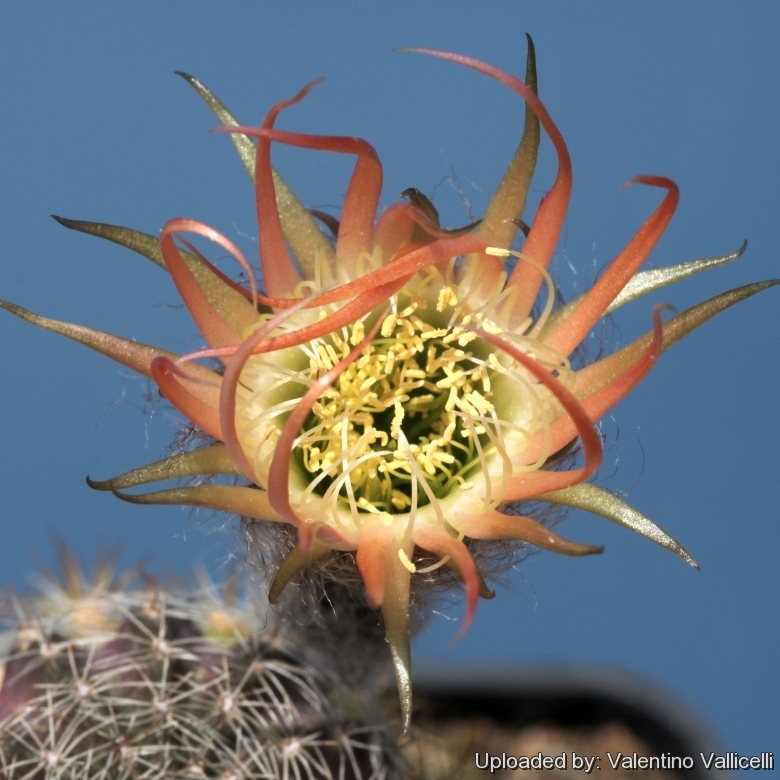 Description: Echinopsis cv. Stern von Emsbach has star-shaped orange red flowers very like to those of the very similar, but yellow flowered cv. Stern von Lorsh.
This plant is presumed to be a mutant form of Lobivia densispina a species that clusters easily from a large tap root. The originality of the two star-shaped cultivars "Stern von Lorsch" (Literarily Star of Lorsch) and "Stern von Emsbach" (Literarily Star of Emsbach) is due to the unique shape of the tepals that are very narrow.
Stem: Ovoid greyish-green, dull green or brown-purplish-green up to 8 cm tall and 5 cm in diameter.
Ribs: Approximately 17, ± notched, forming tubercles.
Areoles: Yellowish, somewhat sunken, about 5 mm apart.
Central spines: 1-2 brown, with darker tips straight or somewhat curved. Larger at the base 0,5 cm long.
Radial spines: 7-12, appressed against the stem, bristle-like, flexible cream to brownish, turn greyish eventually 4 to 7 mm long arranged like little spiders and forming a close network that shades the body.
Flowers: The flowers are orange red up to 6 cm long.
Blooming season: June to August. 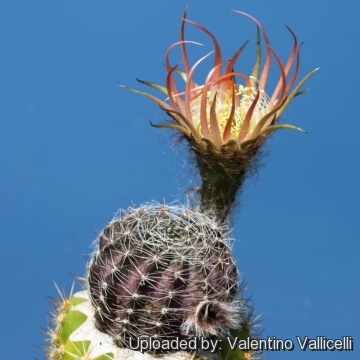 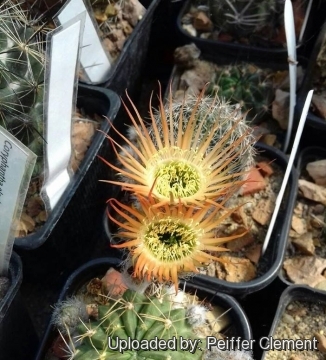 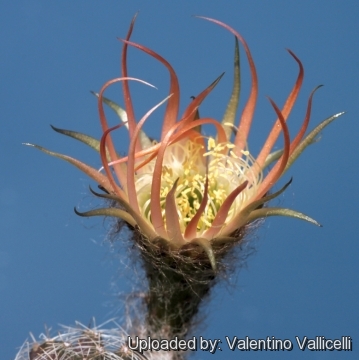 Cultivation and Propagation: It is a summer grower species that offers no cultivation difficulties, but it is very slow growing. Water regularly in summer (but do not overwater ) keep rather dry in winter. Feed with a high potassium fertilizer in summer. It is quite cold tolerant if kept dry (hardy to -5° C). Need a bright exposure, full sun or half shade in summer.
Propagation: Grafting (usually used to speed the discouraging slow growing rate of this plant), cutting.