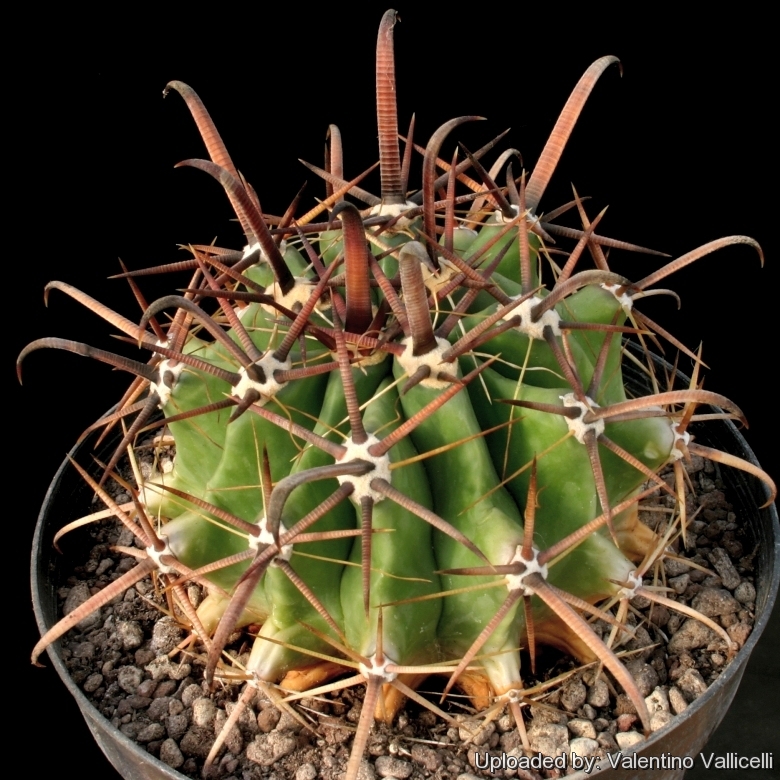 Description: Solitary, up to 50 cm tall,30 cm in diameter, with a slightly glaucous body
Spines: Red, dense, stout and hooked.
Flowers: pale yellow to deep orange with darker orange mid-stripes. It blooms in late summer, early fall and stay in flower for several weeks.
Fruits: The fruit with scales is fleshy, yellow or yellowish green.

Subspecies, varieties, forms and cultivars of plants belonging to the Ferocactus peninsulae/wislizenii complex

This Taxon has various synonyms whit several controversial varieties and subspecies and comprises a multitude of different forms, but where each form is linked to others by populations of plants with intermediate characteristics: 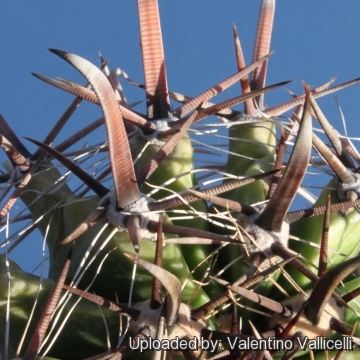 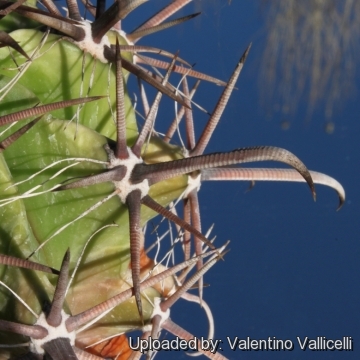 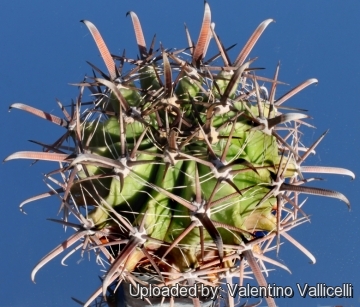 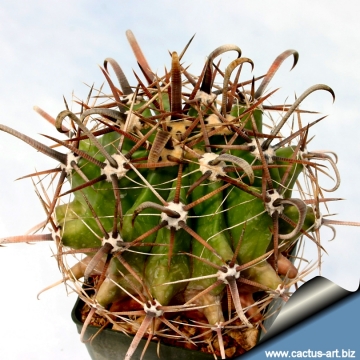 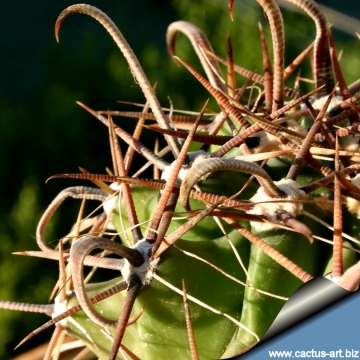 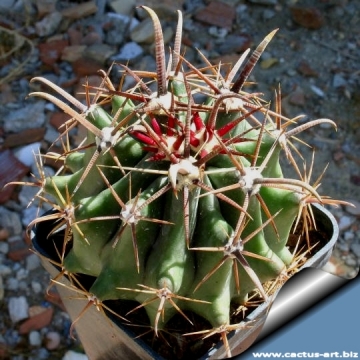 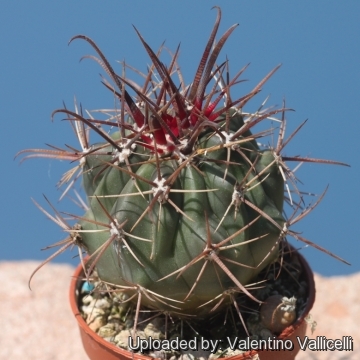 Cultivation and Propagation: Slow growing to start but does well under cultivation. Use very draining soil, water during the aestival growth cycle (this plant need plenty of water) But needs to be avoided wetting the bodies of these plants while they are in sunlight. A wet cactus in the sun light can cause sun burning which can lead to scars or even fungal infections and death.
Needs full sun. Keep dry at 10°C in winter, but can tolerate sporadic light frost.
Propagation: Seeds are the only way of reproducing.