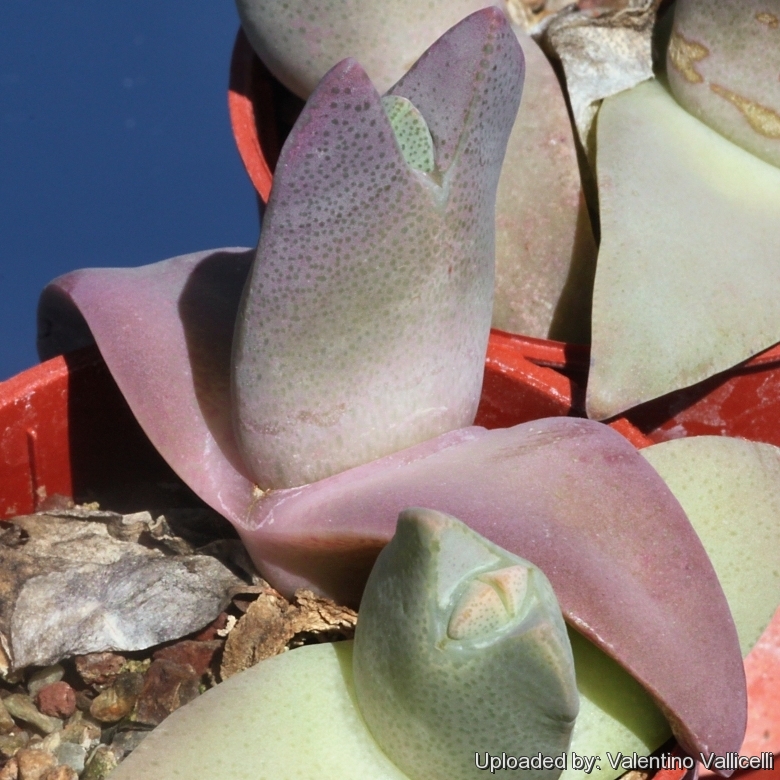 Origin and Habitat: Cheiridopsis peculiaris is a strictly endemic species found only in one area of South Africa (Little namaqualand), just to the west of Steinkopf in the south-eastern Richtersveld.
Altitude: 600-1000 m.
Habitat: It is an excellent example of mimesis within the genus and occupies a shallow slope of reddish brown, clay where it blend among the background. It is a winter growing species that starts to grow again autumn after a long dormant rest during the summer.

Description: Cheiridopsis peculiaris is a small plant with 2-3 branches and probably one of the most most beautiful members of this genus and, as the name implies, it is very peculiar.
Body (Paired leaves): It makes two sorts of leaves borne in 2 pairs, each of a different shape. The longer lower leaves up to 5 cm long, broadly triangular-ovate united at the base are produced during the growing season and lie flat on the ground, with flattened upper surface, they dry up to eventually become papery. The upper resting and shorter leaf pairs are upright and entirely united, forming a pointedly or blunt cone and encloses completely the new long leaf-pairs during the dry season. They are grey-green to purplish with darker dots on the sides. At the base of the leaf pair there is a persisting sleeve-like sheath, that is the remnants of the older leaves.
Flower: Daisy-like 10-12 mm long, 25-35 mm in diameter, light-yellow to somewhat reddish. 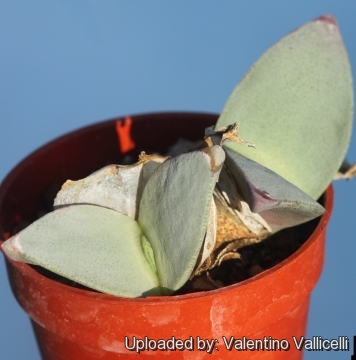 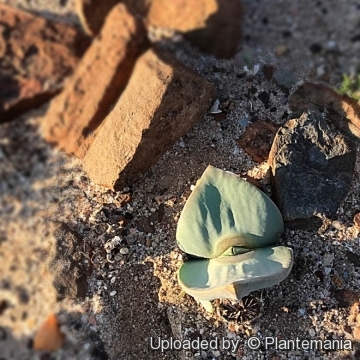 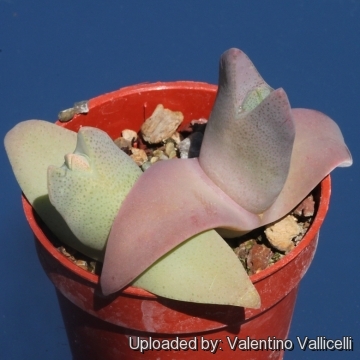 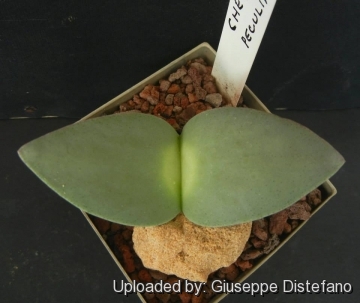 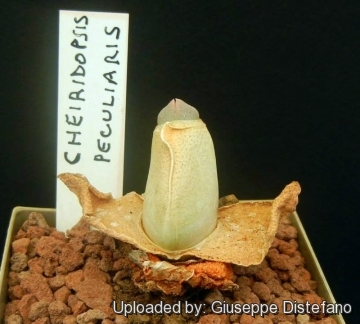 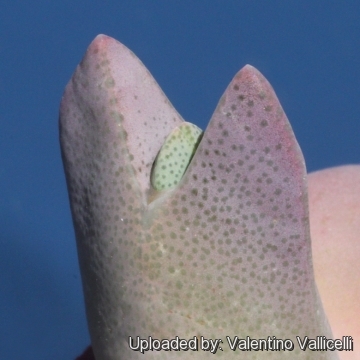 Cultivation and Propagation: It one of the post popular of this genus and is very easily raised although not so easy flowered as it requires high irradiation (sunlight). It must be kept quite dry during the resting period, and will need careful watering preferably from the base.
Propagation: It can be sown in the spring or summer. The seedlings should not be disturbed until they are well rooted, after after the first or second year they should be big enough to separate and be planted into their own pots.