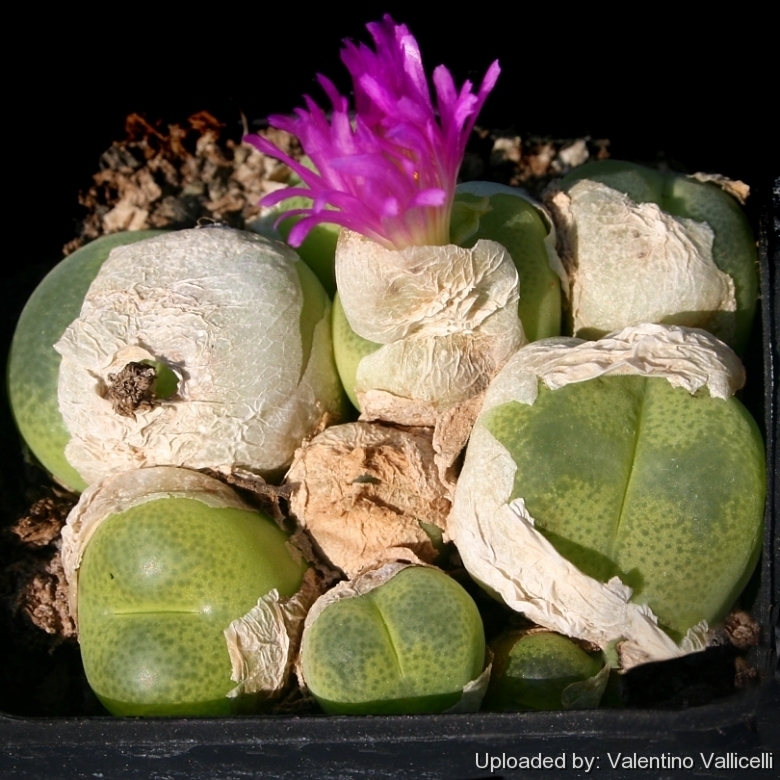 Conophytum pillansii Photo by: Valentino Vallicelli
They are pale green, translucent and blooms in autumn.

Subspecies, varieties, forms and cultivars of plants belonging to the Conophytum subfenestratum group

Notes: Plants of the genus Conophytum are also known as 'living pebbles'. During the rest period (the summer months in Europe) a new body forms inside the old, gradually taking all the substances from it until all that remains is the skin, which dries and protects the young plant from the heat of the sun and excess evaporation of water. The resting Conophytum protected by this dry cover resembles a pebble and hence the name 'living pebble'. The growth period of most species is from August to March. The temperature should be about 10 to 12°C. 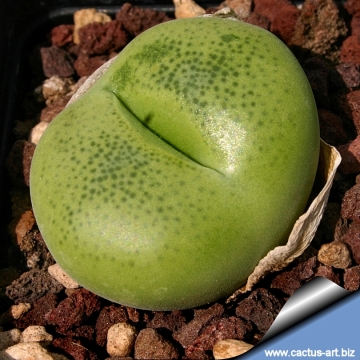 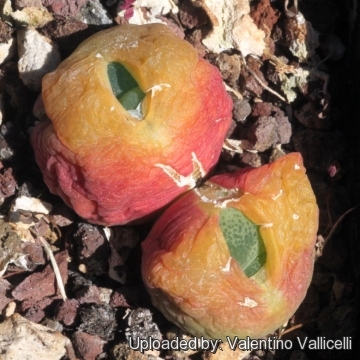 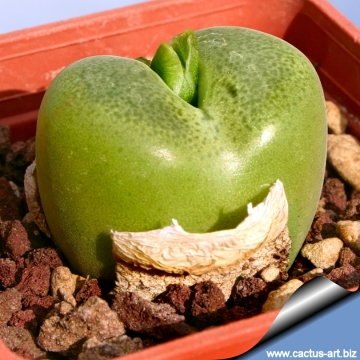 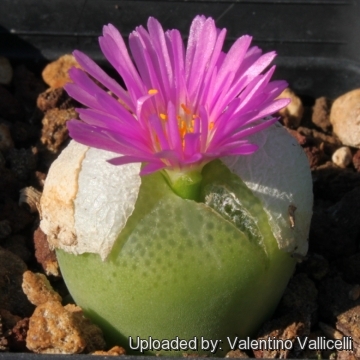 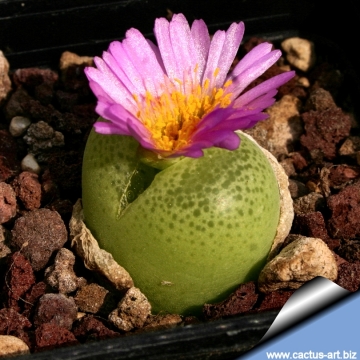 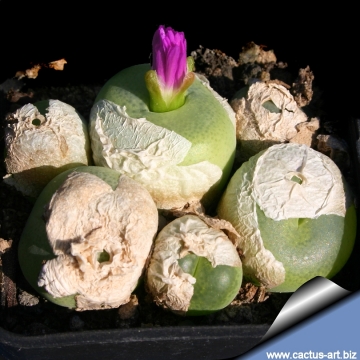 Cultivation and Propagation: C. pillansii is easy to grow. These plants grow on winter rain and head for summer dormancy. More or less dormant in summer. The plant requires little water; otherwise its epidermis breaks (resulting in unsightly scars). Water throughout the year although minimally in summer, (only when the plant starts shrivelling), but it will generally grow even in summer if given water. Water regularly in winter after the previous year's leaves have dried up. Requires good drainage. Keep cool and shaded from hot sun in mid-summer; it needs full sun or light shade in the other seasons. Hardy to -2°C. Ensure a very good ventilation. Avoid to repot frequently. This plant may stay in the same pot for many years. Plants grown in larger containers have frequently relatively poor flowers. It might improve when the plants are given their own, small individual pots.
Propagation: It can be reproduced both by cuttings and seeds. Take the cutting from a grown-up mother plant. Each cutting must contain one or more heads, along with a fraction of root.