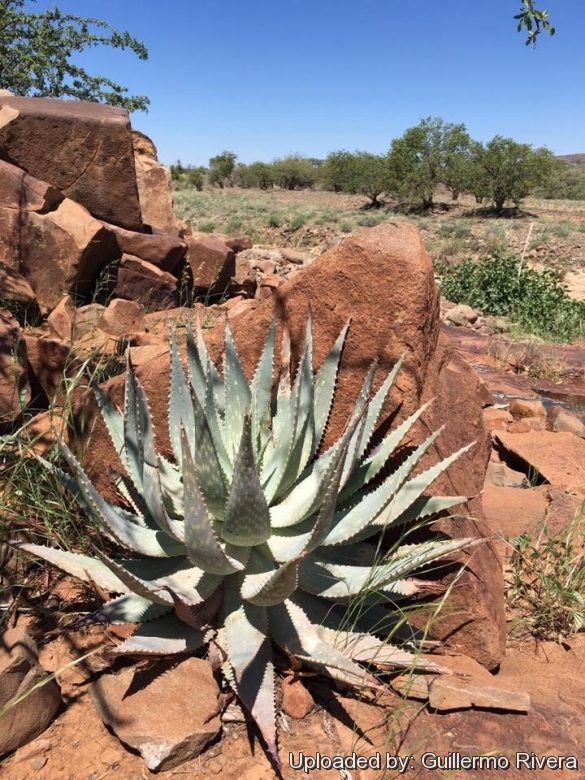 Subspecies, varieties, forms and cultivars of plants belonging to the Aloe hereroensis group 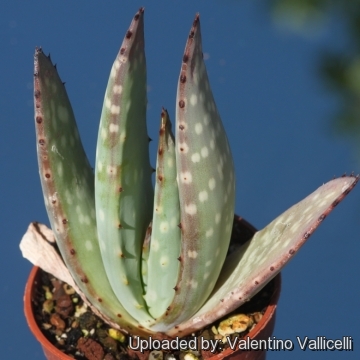 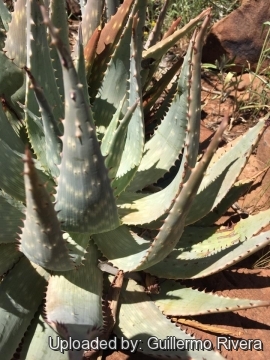 Cultivation and Propagation: Aloe hereroensis is a hardy and attractive species, that will survive in high summer rainfall areas if given good drainage.
Easy to grow. In cultivation it is best suited to warm temperate climates.
Soil: Plant in porous free draining soil; according to Reynolds (1966) the species prefers lime in the soil.
Fertilization: It needs a perfect fertilizer diet in summer. Use preferably a cacti and succulents fertilizer with high potassium content including all micro nutrients and trace elements or slow release fertilizer.
Watering: It tolerates weekly (or more frequent) watering in the summer, water throughly when soil is dry to the touch. Can withstand periods of drought, but it will thrive and flower more profusely if watered in the correct season.
Hardiness: Protect from frost. Minimal watering required in winter. Protect from heavy frost.
Exposure: Outdoors in in full sun or in sheltered position, otherwise indoors in bright sunny spot. In summer it is advisable to position this plant in a partially shady place, where it is exposed to direct sunlight only during the coolest hours of the day.
Uses: Ideal for rock-gardens and general landscaping and very decorative in pot.
Traditional uses: Leaf infusion taken to treat digestive problems, chest and heart pains, urinary incontinence and venereal diseases. Leaf sap and roots used to treat gonorrhea; leaf sap to cure eye problems.
Pest & diseases: Incorrect watering, poor drainage or too much shade can lead to attack by pests and diseases. Rot it is only a minor problem with aloes if the plants are watered and “aired” correctly. If they are not, fungicides won't help all that much.
Propagation: By seeds planted in autumn, in trays of coarse river sand. Cuttings can also be used for propagation. Cuttings must be dried out for at least 1 weeks before planting in river sand.