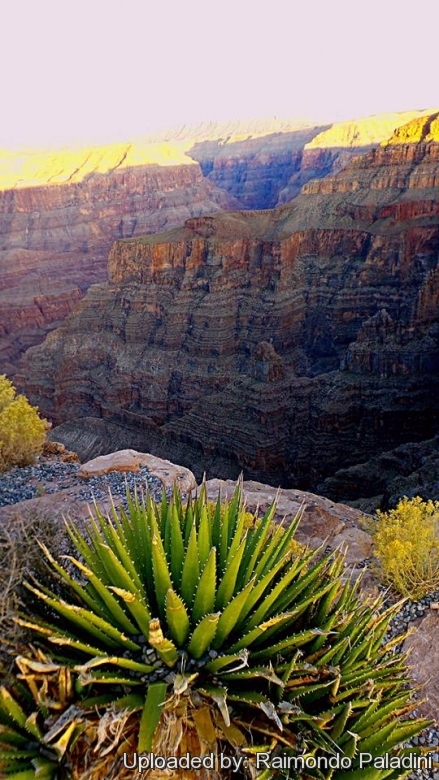 Origin and Habitat: Agave utahensis ssp. kaibabensis is found on the high Kaibab Plateau around the Grand Canyon in northern and western Arizona.
Altitude range: 700-2500 metres above sea level.
Habitat and ecology: This species grows on alcareous or sandstone outcrops in desert scrub, pinyon-juniper, or adjacent conifer woodlands.

Subspecies, varieties, forms and cultivars of plants belonging to the Agave utahensis group

Agave utahensis is variable over its range and comprises two subspecies, subsp. kaibabensis and subsp. utahensis, the latter of which comprising at least 2 varieties, var. nevadensis and var. eborispina. These varieties are now regarded by some botanists as mere ecotypes or geographical forms, so now they are all synonymized with Agave utahensis, but still considered distinct by collectors for their peculiar traits.

Cultivation and Propagation: These slow growing plants are quite cold hardy where winters are dry.