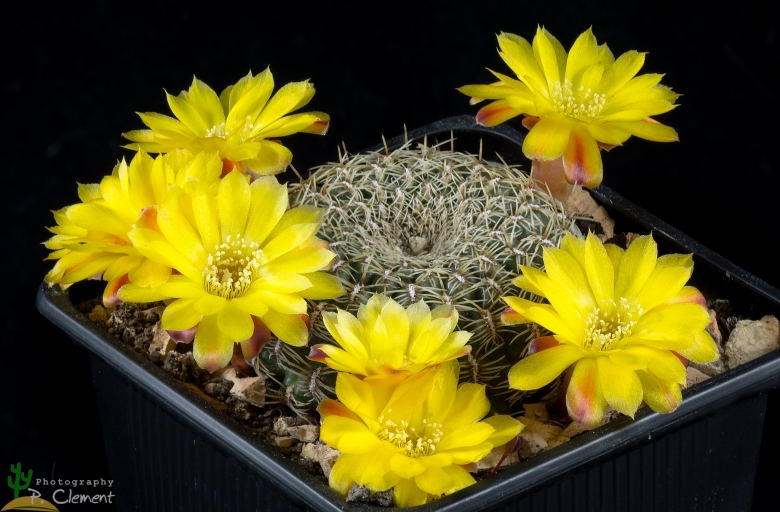 Origin and Habitat: Rebutia cardenasiana is endemic to Cochabamba and Chuquisaca, Bolivia. The species is present in a large area, however it is unknown how abundant it is, there might be some decline in the population however, is difficult to establish how significant this is.
Altitude range: Rebutia cardenasiana grows at at elevations of 1,800-2,800 metres above sea level.
Habitat and Ecology: This species grows in seasonally dry inter-Andean valleys on sandstone outcrops. Part of the species range is affected by agriculture.

Subspecies, varieties, forms and cultivars of plants belonging to the Rebutia cardenasiana group 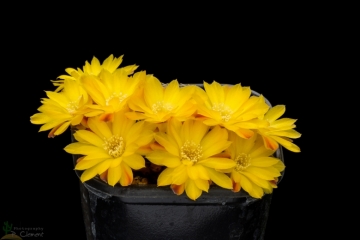 Rebutia cardenasiana Photo by: Peiffer Clement
Send a photo of this plant.

Cultivation and Propagation: This species loves a very permeable, coarse mineral soil as well as to be strictly kept dry throughout the winter quiescent period since it is very sensitive to any moisture excesses. To prevent rottenness it is also advisable to surround its root neck by very rough sand or grit, this help a fast water drainage and an appropriate air circulation. Plants are quite frost hardy -5 (-10)° C.
Watering Needs: Water moderately in the growing season, keep dry during the winter rest
Frost Tolerance: Overwinter in a cool place (at 0/10°C) this is important for the flowers as well as for plants health. Without this cool winter period they normally wont get any buds.
Sun Exposure: Needs a full sun exposure (light shadow my be useful in the hottest summer days)
Propagation: Seed, cutting, grafting.