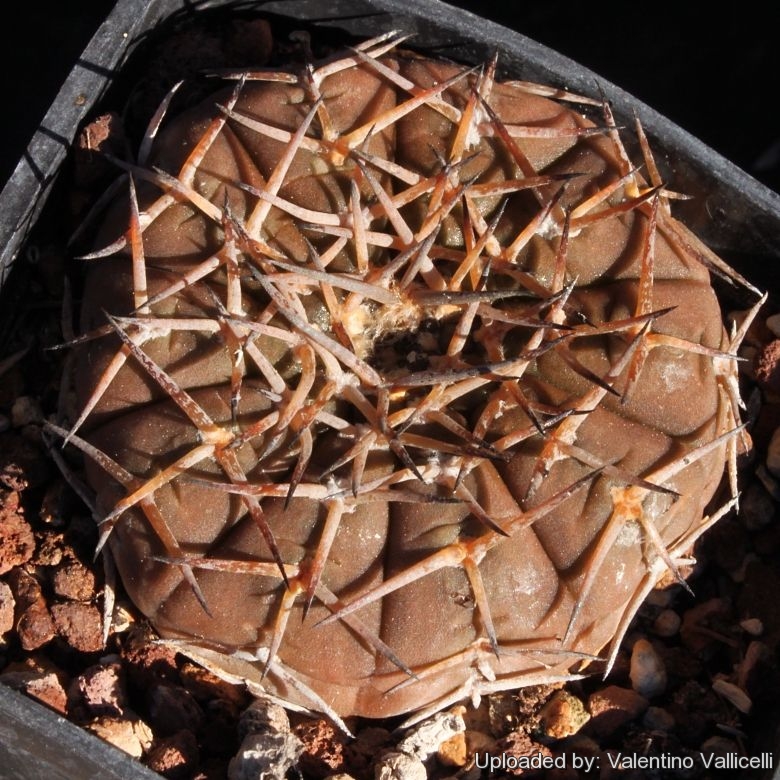 Description: Gymnocalycium stellatum var. paucispinum is a small cactus barely rising above ground level, usually solitary in habitat, but sometime branching basally in cultivation to form clusters. It differs from the standard Gymnocalycium stellatum (a.k.a. Gymnocalycium asterias) for the flat greyish/brown stems with only three stronger addpressed spines in each areole.
Stem: Dark greyish-brown to olive coloured epidermis, flattened globose, 7,5-10 cm in diameter. Will offset after a considerable period of time.
Ribs: 7-11, flat rounded, without prominent chin-like protrusions.
Spines: 3 dark brown, becoming grey with age, add-pressed, usually slightly stronger and longer than in the common forms of Gymnocalycium stellatum, straight to slightly curved and flattened against the stem
Flowers: Creamy-white with a dull red throat, up to 6,5 cm long, 4,5 cm. diameter.
Fruits: Cylindrical.
Blooming season: Flowers are produced in late spring and remain open for up to twelve days.

Notes: The 'Gymnocalycium asterias ( or asterium)' synonym was recently deemed an illegitimate name during reclassifications, but it is still widely used. 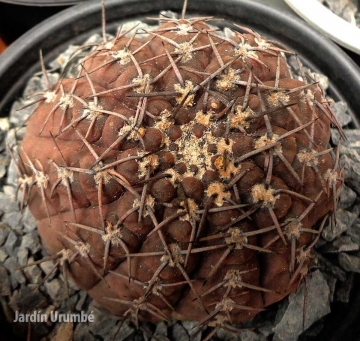 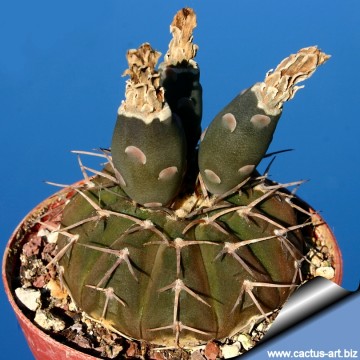 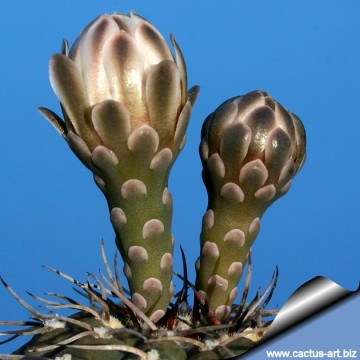 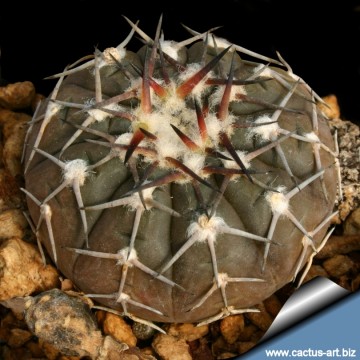 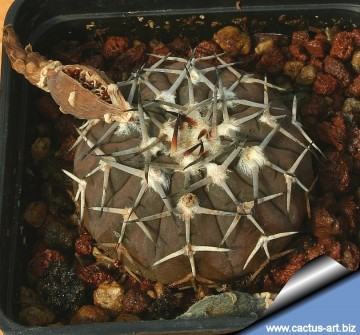 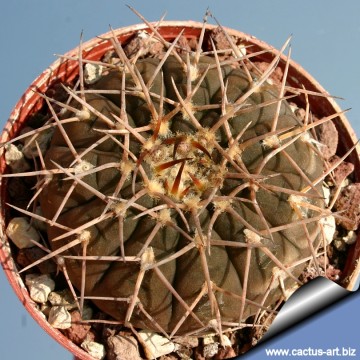 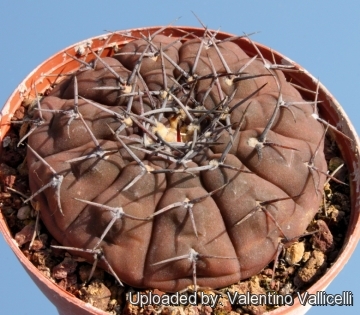 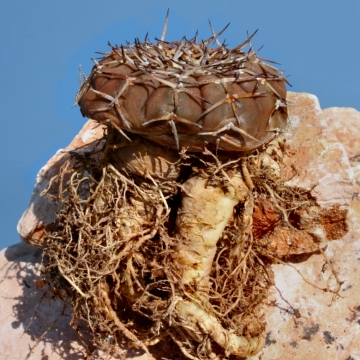