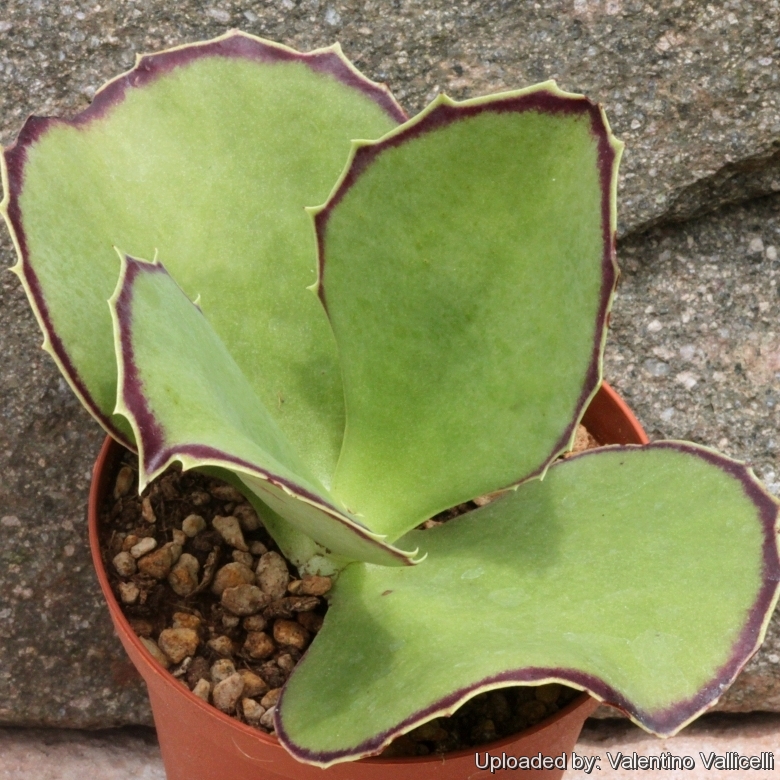 Origin and Habitat: Central and central-southern Madagascar.
Habitat and ecology: Rocky sunny places. Kalanchoe synsepala is the only stoloniferous taxon of the genus. The stolons produce themselves further stolons, and natural populations consist of a tangle of stolons and rosettes of various ages and sizes. 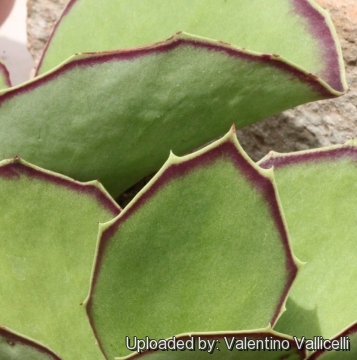 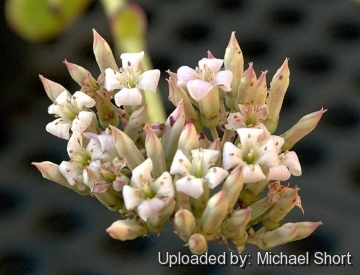 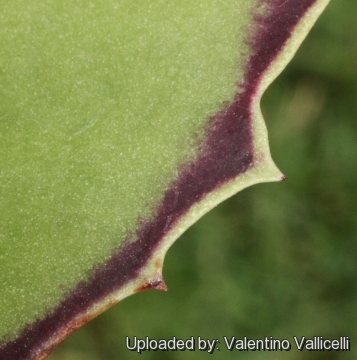 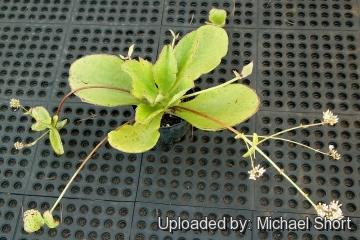 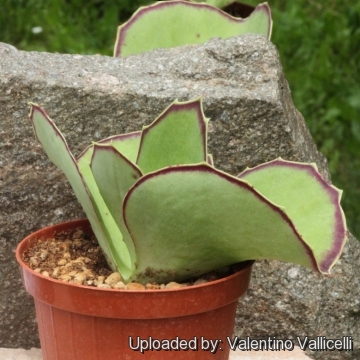 Kalanchoe synsepala Photo by: Valentino Vallicelli
Send a photo of this plant.

Cultivation and Propagation: Very easy to grow and drought-resistant. It takes a good deal of sun, though still prefers some shade. In tropical countries without the cool and change in the daylight hours of changing seasons, it does not flower. Grows well in a hanging basket outside all year. Never left out so far below 2° C degrees.