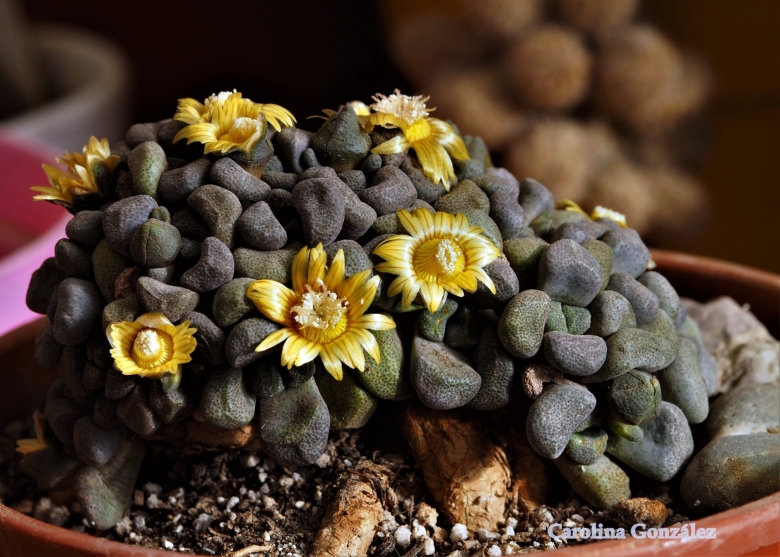 Aloinopsis schooneesii Photo by: Carolina González
Great succulent bonsai: the thick root and trunk eventually can be trained to the shape of a odd mini-bonsai. It has small, pebble-like leaves and lovely daisy-like yellow flowers in winter. It needs some direct sunlight to bloom well and if it is too cloudy the flowers fail to open entirely.

Description: Aloinopsis schooneesii is a highly succulent mesembs forming dense mats of clustered rosettes.
Leaves: Thick, small knob-like dark blue-green, finely warty and textured that form low rosettes.
Flowers: daisy-like, silky, yellowish bronze with a file darker line at the centre of each petal and quite large compared to the tiny leaves. Should bloom at the end of winter if it gets enough light and if it is too cloudy the flowers fail to open entirely.
Roots: Has a gorgeous, tuberous root system will eventually form large caudex in time.
Remarks: The varieties Aloinopsis schooneesii var. acutipetala L.Bolus and Aloinopsis schooneesii var. willowmorensis L.Bolus are not considered distinct from typical A. schooneesii.

Subspecies, varieties, forms and cultivars of plants belonging to the Aloinopsis schooneesii group

Notes: A. schoonesii is not all that common, a bit of a specialist plant. It has a large taproot so it is very resistant to drought. When it is potted up, the plant can be progressively raised over the ground so that some of the roots can be seen and is especially cultivated for their looks. Architecturally it is a real stunner. When the ''caudex'' shape of the raised roots is adequately in evidence this plant is incomparable. 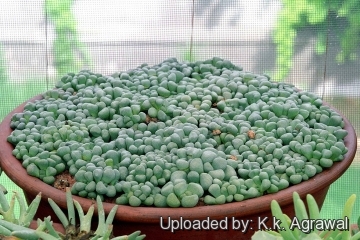 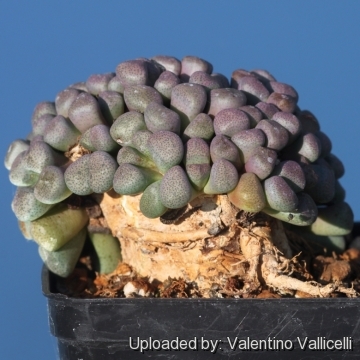 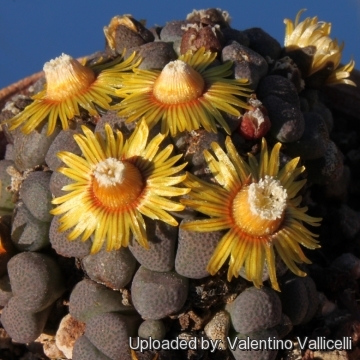 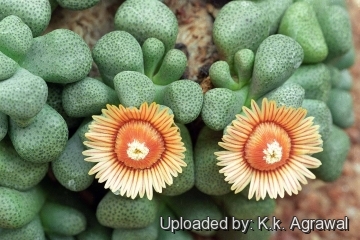 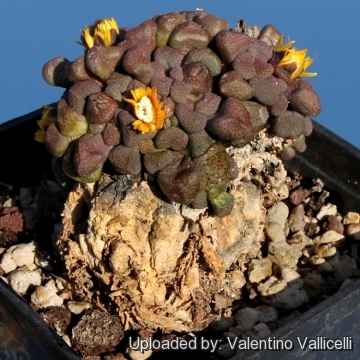 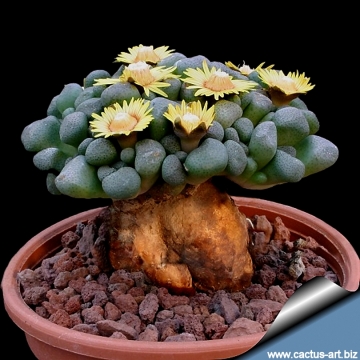 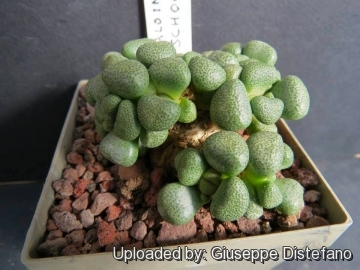 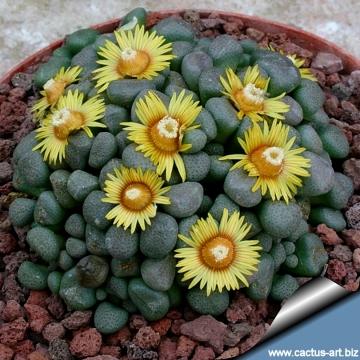 Cultivation and Propagation: Cultivation: Prefer full sun to part sun but, should be protected from excessive heat and sun in summer as it will redden with more light exposure. Regular water in summer (but always allow to dry out before you water again), keep quite dry in winter. Needs deeper pot and excellent drainage to accommodate the tap root, It can be kept for years in a 7x7 cm pot, and should be repotted only every 2-3 years . It is also perfect for the bright windowsill. Frost hardy to -12° C
It will grow in the cooler parts of the year, and flowers, in winter if it gets good light (direct sunlight is essential to bloom well). It is probably dormant in summer so that it is usually recommended of don't water much in summer and don't be surprised if it doesn't grow at that time, but although Aloinopsis are better treated as winter growers they will anyway grow in summer if given water.
Propagation: Cuttings or (rarely) seeds

by Valentino Vallicelli
There are a total of 16 Photos.
Click here to view them all!
Cite this page: "Aloinopsis schooneesii" Text available under a CC-BY-SA Creative Commons Attribution License. www.llifle.com 14 Nov. 2005. 29 Oct 2020. </Encyclopedia/SUCCULENTS/Family/Aizoaceae/766/Aloinopsis_schooneesii>