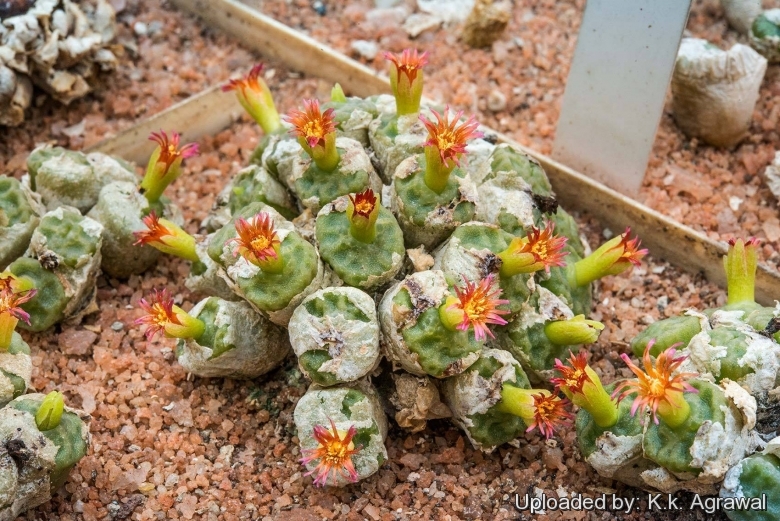 Subspecies, varieties, forms and cultivars of plants belonging to the Conophytum angelicae group 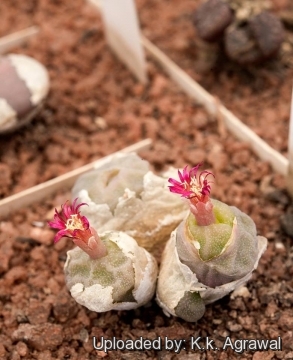 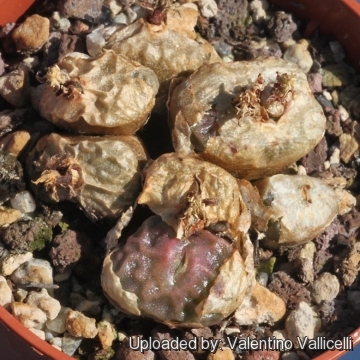 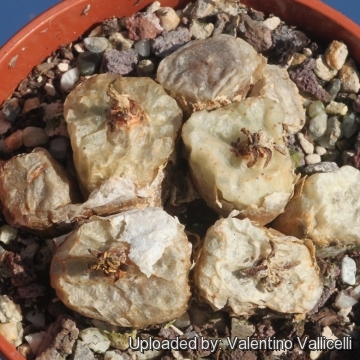 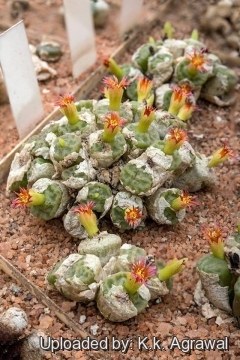 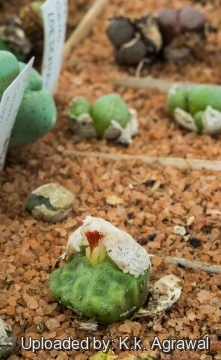 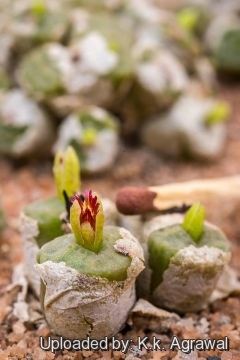 The flower is almost the head of a matchstick. This is a late flowering variety - almost after sunset. Photo by: K.k. Agrawal

Cultivation and Propagation: They are relatively dificult to grow. These plants grow on winter rain and head for summer dormancy. The growing season in northern hemisphere is from September to March. They require little water; otherwise its epidermis breaks (resulting in unsightly scars). Water minimally in summer, (only occasional misting). Water regularly in winter after the previous year's leaves have dried up. Require good drainage. They enjoy full sun or half-shade and in summer they need to be kept in a cool area. Hardy to -2°C. Ensure a very good ventilation. Avoid to repot frequently. They may stay in the same pot for many years. Plants grown in larger containers have frequently relatively poor flowers. They might improve when the plants are given their own, small individual pots.
Propagation: They can be reproduced both by cuttings and seeds. Take the cutting from a grown-up mother plant. Each cutting must contain one or more heads along with a fraction of root.