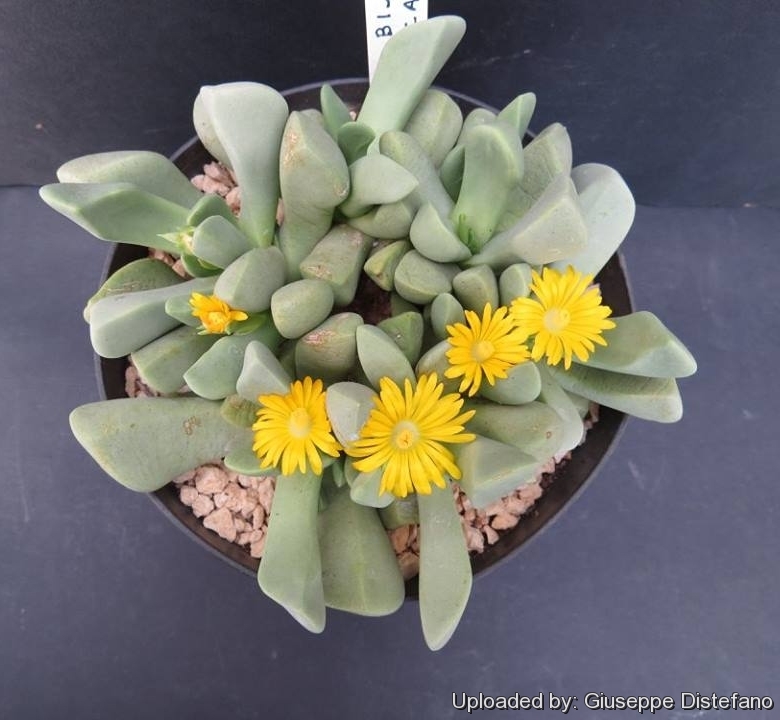 Bijlia dilatata Photo by: Giuseppe Distefano
(a.k.a Bijlia cana) It is a slow growing tongue like leaved mesemb. It is notable for its midwinter show of long-lasting bright yellow flowers, organized in groups of 1 to 3.

Description: Bijlia dilatata, commonly known in cultivation with the misapplied name Bijlia cana, is an almost stemless, perennial, mat forming succulent up to 12 cm and more in diameter, consisting of closely growing rosettes of remarkable, club-like, unevenly shaped leaves. The keeled end is drawn forwards over tip to form a 'chin'. Flowers are bright yellow, and born on short stalks in winter.
Stems: The plants produce 2-3 short branches in small to large clusters, internodes not visible.
Rosettes: Prostrate, with 2-6 unequal leaf-pairs.
Leaves: Fleshy, pale greyish-green, or yellowish tinged with red especially under strong sunlight and when kept dry, very unevenly shaped, semi-cylindrical or clavately triangular, keeled, and the surface smooth, 3-4(-5) cm long and 12-15 mm wide at the base, widening to 25 mm and then tapering, tips rounded, surface triangular to diamond-shaped. Acuminate, the lower side of the leaf being drawn forward like a, such as is also found in other groups of extreme succulents in this family, where the leaf is further shortened on the way to becoming spherical. The keeled end is drawn forwards over tip to form a 'chin'. Every year a few new leaves grow from the central stem. The whitish colouring the leaves is due to the crystal layer in the outer epidermal walls, and this layer cannot be rubbed off.
Flowers: Organized in groups of 1 to 3 from one central point, almost sessile or short-stalked (stalk 2-10 mm long), arising from bracts, daisy-like up to 25-30(-50) mm in diameter, long lasting. Petals in 2 rows, linear to narrowly obovate golden yellow or orange-yellow. Calyx with 5 sepals, about equal. And keeled. Stamens numerous leaning inwards. Ovary inferior with parietal placentas. It has distinct nectary-glands. Stigmas 5 thread-like, longer than depth of ovary-cells.
Fruits (Capsules): Persistent, 5 locular, valves small with with high valve rims, covering membranes present with big hooked closing bodies and without any indication of valve wings.
Seeds: Ovoid. Pointed.
Blooming season: It flowers late into the year and may continue flowering through the winter.
Taxonomic notes: Bijlia is closely related to Bergeranthus and Hereroa and also to Ruschia.

Notes: The name "Bijlia cana" sensu N.E.Br. has been used for this species, but it is considered incorrect by Hartmann [Cart & Su,. J. (US) 64 (1992).], because it is based on Mesembryanthemum canum Haw. The new name proposed is Bijlia dilatata Hartmann referring to its broad leaves. Another wrongly applied name is "Hereroa tungwelliae" L.bolus 1927. 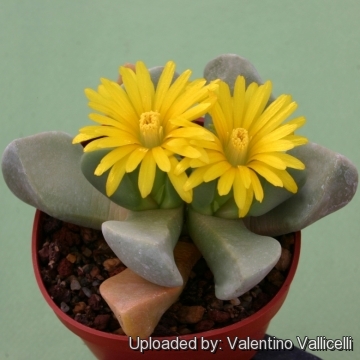 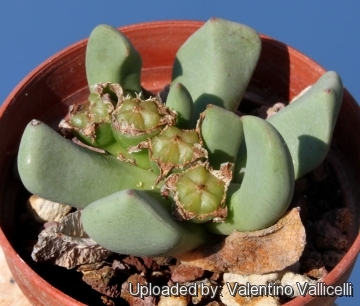 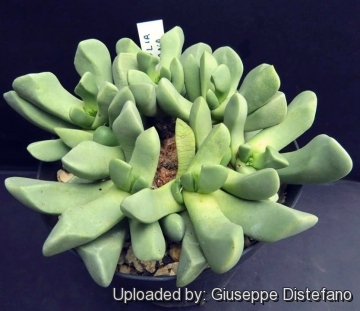 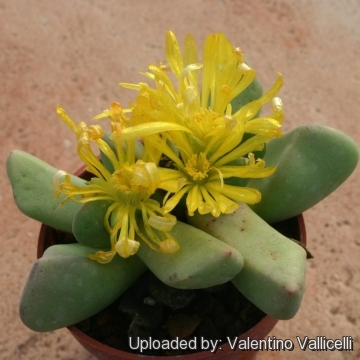 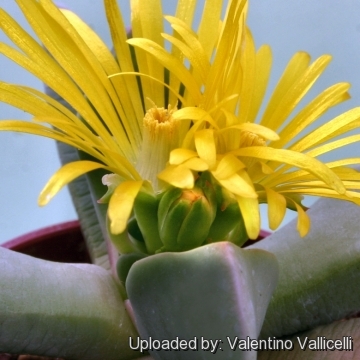 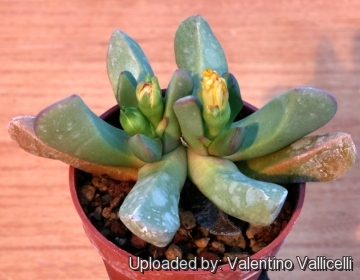 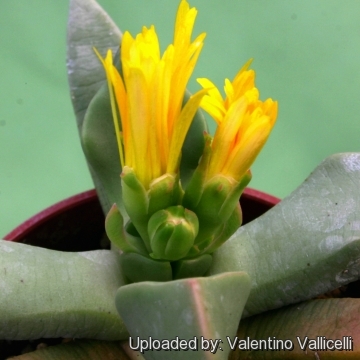 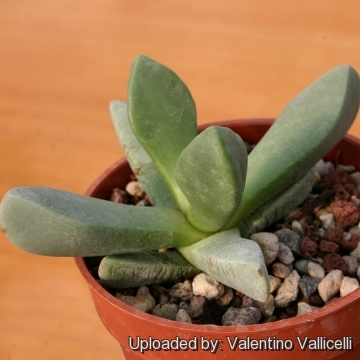 Cultivation and Propagation: Bijlia cana is easy to grow. These plants grow on winter rain and were heading for summer dormancy.
Exposure: It needs full sun or light shade.
Watering: Requires little water otherwise its epidermis breaks (resulting in unsightly scars). Bijlia cana should be watered in the fall as new growth appears. The numerous yellow flowers appear in winter. After flowering, decrease watering to prepare it for a rather dry summer rest. Water minimally in summer, only when the plant starts shrivelling but will generally grow even in summer if given water. Requires good drainage.
Hardiness: The growing period of this plant is from autumn to spring, when it requires a temperature of 10-16°C and a reasonable amount of water. Keep cool and shaded in summer. Hardy to -2°C.
Propagation: Seeds, cuttings.